Connecting the indoors to the outside world

Decisions You'll Need to Make When Installing a Glass Shower

A glass shower transforms a bathroom so that it looks more open, modern, and sleek. Once you have decided to install one of these enclosures, you will need to make a few specific decisions. Several of these are outlined below.

One of the major choices regards how much framing you want on the shower. You can select between fully-framed, partly-framed, and frameless models. Fully-framed screens feature metal edging on all four sides. In contrast, frameless panels use minimal brackets and hinges to connect the structure. A semi-frameless shower may have metal around the perimeter of the shower but not the door.

Which style you favour depends on the appearance you prefer and how much you want to pay. A frameless model will seem almost invisible. As a result, your bathroom will feel open and spacious, with the room not divided into distinct regions. The other models also have this effect, but to a lesser degree, as their framing stands out more. If your bathroom is small and you want to make it feel roomy, then a frameless shower will help the most. Frameless showers are generally the most expensive, while fully-framed showers are often the most economical.

While many glass shower screens consist of transparent glass, they can use other options also. Standard clear glass emits a faint green haze. If you want to get rid of this tint, then you can install low-iron glass instead, which is purer. Other glass alternatives include frosted glass panels, which can exhibit an even sheen or patterns and designs. You may prefer frosted glass if you want privacy in the shower, as these panels obscure the view into the enclosure.

You also need to pick a door style for a new shower. In a cramped bathroom, you might be best with a sliding door that rolls neatly to the side, not taking up the open floor area. An outward-swinging door needs space in front, which may be scarce in a small bathroom. Doors that open outwards can also limit the overall bathroom design by restricting where you place other components, like the vanity. A pivoting door that can swivel inwards or outwards is another solution.

Also, consider the width of the entryway into the shower. Often, swinging doors create a wider entrance into the shower than sliding models, so they may be better for someone with mobility issues. 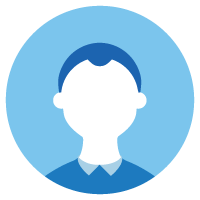 When you get a chance to install a big window or glass door you see how much difference it makes to the employees. They walk in and marvel at how much light they have suddenly. The outside world no longer seems as far away, and it makes people seem so much happier to be at work. It's lovely to be able to make a real difference to someone's workplace. I have been a glazier for many years and have installed every type of window or sliding door you can imagine. I hope you enjoy the tips on glass installation in my blog.